From what was a large cotton and corn field, champions have grown and been developed at the Springdale Training Center.

The 400-acre world-class facility, discovered by accident in 1927 by Harry Kirkover while working some of his champion hunting dogs, is home to the Carolina Cup steeplechase races — co-founded by Kirkover in 1930 — each spring.

The course, which is owned by the state of South Carolina, is open 365 days a year.

The brainchild of Kirkover and his business partner and Jell-O founder Ernest Woodward, the pair purchased the property in 1927 and developed Springdale into a track much like those which they had seen in Europe. At the time, the Springdale Race Course was the first in the United States in which all jumps were visible from the viewing area which is now dominated by the present day grandstand

The first Carolina Cup was run at Springdale in 1930 and continues to hold its early spring spot on the National Steeplechase Association schedule. In November of 1970, the inaugural Marion duPont Scott Colonial Cup Steeplechase Races — featuring the nation’s first steeplechase race offering a six-figure purse — was contested at Springdale. The fall race meet ran until 2016.

The Carolina Cup Races and the former Marion duPont Scott Colonial Cup races provided Camden with a unique place in steeplechasing history, but the Springdale Training Center is more than just a place for jumpers.

Hall of Fame trainer Jonathan Sheppard sent six of his jumpers which combined to win 11 Eclipse Awards for Steeplechase Horse, including four-time champion and Hall of Fame enshrined Flatterer,

from his Ashwell Stables barn located on the Springdale grounds. He also sent 2008 Eclipse Award champion for filly and mare turf horse, Forever Together, to train at Springdale.

The Training Center was also the winter home for Hall of Fame conditioners Janet Elliot and the late Burling Cocks. Elliot, the winningest female trainer in American steeplechase history, trained two-time Eclipse Award winner Flat Top out of her barn in Springdale’s adjoining facility located across the street. Cocks, a Springdale staple for the majority of his career, brought two-time Eclipse champion Zaccio to freshen in Camden during the winter months.

Hardly a one-dimensional facility, horses which have gone on to bigger and better things on the flat track have graduated from Springdale.

Taking advantage of Springdale’s late owner, Marion duPont Scott’s policy of providing several stalls on the property for trainers trying to get their foot in the door, former steeplechase jockey Kip Elser has turned out a steady stream of winners from his Kirkwood Stables barn, an anchor for the property.

Kirkwood Stables also developed and then sold Fusaichi Samurai for world-record $4.5 million for an operation which has had sales-toppers at some of the world’s top horse sale locales. 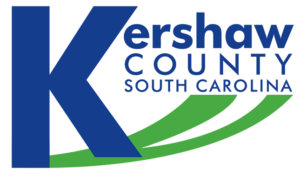